Taking a Moment to Thank Our Mentors

I love watching cooking shows on television, and Bravo’s Top Chef has always been one of my favorites. Last night’s episode, titled Mentor at Work?, included a challenge where the contestants had to prepare a dish for the chefs who had mentored them in their careers. One contestant, Paul Qui, became visibly emotional when his mentor, Tyson Cole at Uchiko, walked into the room. Of course, that started the waterworks for all the chefs and, I’m sure, some viewers (Paul won the challenge, which seems enormously fitting).

It’s no surprise that these talented chefs, who earn a living in an extremely demanding and creative field, exhibited such strong emotions when their mentors appeared before them. Those of us who have experienced some level of success in our careers, no matter what type of profession we’ve chosen, are likely to have had some help along the way. I know I did, and last night’s Top Chef episode got me thinking about the people who have made a difference in my work life.

I’ve worn many hats in my career – marketing communications expert, nonprofit director, college instructor, author – and in every job I’ve had, there have been individuals who have played an instrumental part in teaching me the ropes and encouraging me to carry on when the going got tough.

One of my mentors is Paul Woodring, now retired president of Respironics, Inc. Back in the 1980’s, Paul, then a VP at Puritan–Bennett Corporation, hired me as the fledgling manager of the communications department. Paul taught me to forget about my age and gender (I was in my early 20’s at the time) and be confident in my skills and decision-making. A consummate professional, he stood by me every step of the way during my time at the company.

But Paul’s greatest gift to me was the way he “walked the talk.” Whenever I came into his office, no matter how mundane my issue or how busy he was at the time, he laid his pen down, folded his hands together, and gave me his full attention. He was the best listener, and one of the best bosses, I’ve ever known.

I’ve had other strong mentors along the way: Donald Guss, Ph.D., the mercurial Milton scholar who mentored me while I was a graduate teaching assistant at UC Santa Barbara; Bob Bartholomew, my manager at Culler Scientific, who gave me my first chance at being a supervisor right out of college (I’m blessed to still be in touch with Bob and his wife, Cheryl, who live in the Bay Area); Michael Plopper, M.D., medical director at Sharp Mesa Vista Hospital, who was one of my bosses during my eight-year tenure as the executive director of the APA in San Diego. I’ll never forget my initial meeting with Mike – we sat down in his office and his first words were, “Tell me what I can do for you.” I feel so lucky to have worked with him, and the other physician leaders of the SDPS, who supported me in a job where I was the sole regular employee dealing with national councils, advocacy groups, state legislators, medical leaders, and local media.

As a writer, I’ve been lucky to live in an area that is rich with talented authors and teachers. In 2003, having never tried my hand at writing fiction, I took a creative writing class at Mesa College with author and college instructor, Bonnie Zobell. Bonnie pulled me aside after class at the end of the semester and told me about the San Diego State Writers’ Conference, which was coming up that weekend. “I really think you should go,” she said. I did go, and won my first Editor’s Choice Award from then Atria editor, Brenda Copeland. Brenda encouraged me to write a book (the piece I had submitted was a short story); I took her advice and wrote my first novel, Coyote Heart, another Editor’s Choice Award winner, which was represented by literary agent, Bob Tabian, and published in 2009 by Kirk House.

Another mentor in my writing life is fellow author, John Van Roekel, who I met in Bonnie’s class. At the time, John had already completed his first novel and had much more experience than me at writing and searching for an agent and publisher. He gave me terrific writing advice, acted as cheerleader and coach while I was drafting my own first novel, and has always been an encouraging supporter of my writing career.

I am blessed to have worked with all of these wonderful individuals, along with a host of others who I don’t have time or space to recognize here. My heartfelt thanks go out to all of them; they should know that I wouldn’t be where I am today without their encouragement and guidance.

Are there people who have made a difference in your life? If so, take a moment to thank them (or, if you're a chef, cook them a meal), and pay their generosity forward by mentoring those who can benefit from your support and expertise.
Posted by Paula Margulies at 1:18 PM No comments: 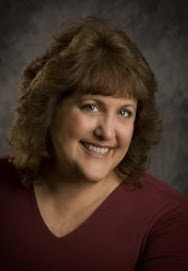