The Best Timing for Book Publicity 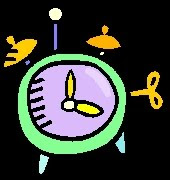 To everything, there is a season, and after many years of helping authors publicize their work, I’ve learned that some seasons that are better than others for certain aspects of book promotion. Here are my recommendations on timing for book publicity (note: this is general advice based on my experience as a publicist; your experiences may be different, depending on the kind of book you’ve written, whether you are traditionally or self-published with ebooks or print versions (or both), and the specific media and venues you plan to approach):

Finally, many authors ask me about the best times to schedule their social media posts. For those who do a lot of posting on different sites, I suggest using a management dashboard like Hootsuite to schedule updates. As to specific timing, in his research on blogging, Hubspot's Dan Zarella gives the following guidelines:
-The best day/time to post on Twitter: Friday at 5 p.m. EST is considered the most retweetable time of the week.
-The best time for readership on blogs: early morning.
-The best days for Facebook sharing: Saturday and Sunday.
-The best time for Facebook sharing: around 9 a.m.
Posted by Paula Margulies at 11:12 AM No comments:

This week I had the pleasure of being interviewed about the ins and outs of book publicity by editor Renee Miller at On Fiction Writing. You can read the entire interview here: http://onfictionwriting.com/interview/Paula-Margulies/35/
Posted by Paula Margulies at 5:34 PM No comments:

Stop Hiding Behind that Laptop! How to Use Events to Get More Media Coverage 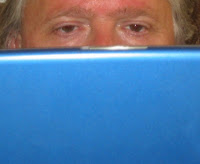 Okay, we’ve all read the success stories about big-name authors who have gone the self-publishing route and are making a living selling their books. These authors appear to have it made, as they pump out books and chronicle their sales on blog and social media sites. Writers flock to these sites, eager to hear news of the demise of traditional publishing and the latest tidbits about sales numbers. To new authors who yearn for similar success, the path certainly appears rosy and paved with a certain amount of gold.

But what many new authors don’t realize is that a good number of successful self-published authors have a long list of books they’ve spent years writing and promoting. Some of these successful authors have, at one time, been traditionally published, in addition to being self-published. And many of them can describe long days and evenings spent pressing the flesh at book signings, selling their books out of the trunks of their cars and at conferences and street fairs, building and growing social networking communities, and doing the hard slog of developing a following of readers who will eagerly buy the next book they have coming out.

For those who are new to the game, especially you first-time authors, things are a little different. There is no built-in fan club anxiously anticipating your first book. Most brand new writers have yet to do the hard work of building that base, reader by reader, reviewer by reviewer, social networking follower by follower.

Despite not yet having a following, many first-time authors will call me and say, “Hey, I want media coverage for me and my book.” But, here’s the thing: unless you are a celebrity or subject expert, or have a built-in following of readers, you’re not likely to get much interest from the media because of your book alone.

To be successful with media producers, editors, and reporters, you have to offer them news. And, no, just the fact that you – a first-time author with no following – have written a book, is not news. There are 300,000 other authors each year who also have written books and are calling these same editors, reporters, and producers.

So, tell me: What makes you special? What makes you stand out from all the other first-time authors who have published a book this year? And what is newsworthy about you and your book?

Authors should take some time to reflect on these questions and figure out what they can say about themselves and their books that is of value (i.e., is news) to the news media. Most of the time (especially in the case of fiction), there isn’t much to say. The book may be good, the author may be a nice guy or gal, but that’s not enough of a newsworthy pitch to give to a producer or a reporter.

So, how do you break through if you’re a newly published author?

There are a number of options out there for authors who want to build a platform, and many of them are oriented around using online videos, web and blog sites, and social networking forums to establish expertise and build a following. Networking online is an important part of platform-building, and all authors should still pursue these outlets as part of their promotional plans.

But having an online presence doesn’t always translate into media coverage. So, in addition to building their online networks, I recommend that authors create news around their books by scheduling speaking engagements at bookstores, libraries, professional organizations, or other targeted venues. Why? Because when you have an appearance scheduled, you and your publicist now have a local news event to pitch. The fact that someone has agreed to let you give a presentation gives you credibility and allows the media representative who is reporting on you and your book to give readers, viewers, or listeners a place to go to see or hear you after an interview.

Now wait a minute, some of you may say, we’ve heard that book signings and speaking engagements are a waste of time. They’re a lot of trouble to set up, promote, and even get to, and often no one comes to them.

Well, sometimes that’s true – you can’t always predict who will show up for an event, even if it’s well-promoted beforehand. But, at least with an event, you have something to submit about yourself and the book to the local newspaper event calendars. You have something (besides your platform and the book) to write about in a news release that can go out on the wires and appear in search engines and on all your social networking sites. And you have something, other than the fact that you wrote a book, to pitch to a newspaper/radio/television editor, reporter, or producer. In other words, you have news – the fact that you are appearing somewhere – to share.

So, why do authors resist the idea of making appearances to promote their books? Some do because it can be time-consuming and expensive to set up speaking engagements. Many authors don’t want to take the time to book the event, print promotional items, create and run ads, prepare presentations, and then travel for an appearance. Other authors resist because they’re shy, or they have issues with speaking in public. Some don’t like the idea of having to take time away from their writing. And many resist because they stubbornly believe that all it takes is the right pitch and the media will magically say yes to a feature article or radio or TV spot.

But here’s something for authors to think about: even big name celebrities in entertainment and sports have to go out and do the appearance drill. Even though they are known to millions, teams that win the Super Bowl, actors with a new movie out, and singers with new CDs to hawk, all make appearances on late night television shows and at movie premieres, award ceremonies, fundraisers, and community events. Why? Because those events are necessary to promote whatever it is they’re selling. Even though they’re known commodities, the public’s attention span is short; most celebrities won’t be known for long unless they get out there and smile for the cameras.

So, before you call a publicist and ask for media coverage, think about getting out from behind your laptop and scheduling some book signings and speaking events. If you feel you don’t have much news to share, create some by scheduling appearances and using those events to help convince the media that you are worth an interview.
Posted by Paula Margulies at 5:59 PM No comments: