What I've Learned about Being a Hybrid Author

He who would do great things should not attempt them all alone. ~ Native American Proverb, Seneca

Yes, I’m both a book publicist and an author. And back in 2005, when I was lucky enough to be represented by an agent and, later, have my first novel, Coyote Heart, accepted by a small press, I was overjoyed.

My first years of being traditionally published were good ones. I traveled to four different states promoting the book at bookstores, libraries, festivals, fairs, writing conferences (where I spoke, on occasion) and, since the book had a Native American theme, at local pow-wows and regional gatherings.

After a few years, since I was busy with my book publicity business and college teaching (along with helping both of my kids with applications, recruiting, and move-ins at their respective colleges), I left more of the marketing to the publisher and focused on writing my second novel, Favorite Daughter (part one of which will be released later this year).

Flash forward nine years later, and the publishing world had shifted its focus. Many brick-and-mortar bookstores closed their doors, the publishing giants capitulated and stuck their toes in the ebook waters, and a number of authors, including me, decided that being traditionally published was no longer the only way to go.

In 2013, I hired an attorney and was able to obtain the rights back to my first novel. And I decided to self-publish a collection of short stories that I had written many years ago.

But that isn’t the end of the story - once I decided to self-publish my short story collection, Face Value: Collected Stories (and the second edition of Coyote Heart), I was faced with the decisions all self-published authors encounter.

Here’s what I’ve learned as a hybrid author:

1. If you’re self-publishing, it’s worth every penny to hire professionals to do your editing, formatting, cover design, and (for first-timers) uploading.
When I began the process of putting Coyote Heart out after regaining the publishing rights, the first task was having a professional editor scrub it so I could reissue it as a true second edition. In addition to giving it an overall grammatical proof, the editor I hired, Carol Newman Cronin, deleted entire paragraphs and whittled sentences down to their tightest form. I also hired cover designer Troy O’Brien, who (bless his soul) was infinitely patient with me and sent numerous proof copies, along with making uncountable tweaks and design changes, until the cover layout was just right. And my formatter, author and artist Bridget Chicoine, spent many days designing section marker motifs, adjusting spacing, and making improvements to the layout until we had a final version we could both be proud of. I purchased ISBNs and asked Devin Whipple and Moana Evans to help me upload the books to Amazon, Barnes & Noble Nook, and other sites.

And, yes, I could have done all of this myself. But I view the people I hired – my editor, my cover designer, my formatter, my uploading gurus – as experts in their fields. I relied on them to guide me in making decisions in all of these areas and deferred to their judgments when I wasn’t sure which decision was best. And I feel blessed to have had their expertise and guidance to rely on.

2. There are a lot of distribution options for self-published authors. If you’re not sure where to place your book, let the experts guide you.
Deciding where to place the book online involved a lot of decisions I didn’t have to make as a traditionally published author. In its first iteration, Coyote Heart was marketed primarily as a print publication and distributed through Ingram and Lightning Source. I was able to help my traditional publisher by putting together a marketing plan for the small press department at Barnes & Noble, so we could get distribution through its stores, and I also helped him to eventually distribute the book in ebook format.

But after regaining rights to the book, I had to decide if the second edition would go the same route. After examining the different options offered by Createspace and Lightning Source, I decided to go with Createspace. Similarly, I had to decide where to place the ebook versions of the novel. There are many options and choosing which to go with was, at first, a little daunting. Luckily, Moana and Devin were both there to guide me through that process, helping me to place the book with the right online sources (Amazon, Barnes & Noble, draft2digital, etc.), to get it to my target audience.

3. Every author has a different reason for writing a book and should market accordingly.
Deciding who my readers were and how to list the book were important decisions. The publisher for the first edition of Coyote Heart had relied on me to do the majority of the marketing, so I was able to learn quite a bit about where to place it and who its likely readers would be. I also discovered where it sold well, where it was least likely to sell, and where I might consider other options for it, which has helped me to make decisions about how to promote this second edition.

But unlike many other authors, my goal as a writer is not to sell so many books that I can quit my day job. I like my day job. My writing goals are to create stories that others will (hopefully) find interesting and beautiful and to improve my craft as I continue to write. I enjoy the learning process, as well as the writing process (and now, the process of self-publishing), but the primary purpose behind my writing will always be to simply create and explore, as I see fit.

4. The best way to sell a book is to write a good book.
Enough said.

5. And an even better way to sell a book is to write more books.
Readers who like books by certain authors want more of them, and the sheer volume of self-published books out there has turned selling books into something of a numbers game. So, the more the merrier – I plan to keep writing and continue to learn and grow as an author. But how and when I do it is up to me. This is one of the many perks of being self-published: the only pressure to produce is what you place on yourself – you can crank out a book a week, if that’s your style, or spend years dabbling with different story ideas. It’s up to you (which goes back to point #3 – how much you produce depends on your reasons for writing). And that part I really, really like.

Book Promotion and the Spirit of Giving 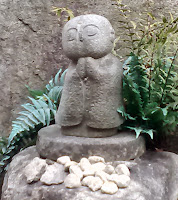 Your work is to discover your world and then, with all your heart, give yourself to it.
- Buddha

As a publicist and an author who is in the process of publishing three books of my own this year, I understand the dilemma writers face when it comes to finding the time and energy to promote their work. Marketing and promotion can be especially difficult for authors because many of us (and, yes, I include myself here) don’t feel comfortable blowing our own horns. The act of writing is oftentimes a very personal and private one, which can make promoting the resulting work something of an anomaly – we spend months, and even years, alone, focused on the act of creating, and then we have to switch gears and become megaphones for the words we’ve produced.

For many writers, that switch can be jarring. I field calls from authors every day who want to get their books noticed, but have trouble facing the idea of being center stage. Many authors chose to forgo promotion altogether, oftentimes because of time commitments and costs, but also because it’s difficult to be suddenly focused on themselves (which an author platform requires) in a public way.
I try to help authors adjust to the idea of being more public with their work through my book publicity services, but also through guiding them to accept that the only way their books will be read is if readers know about them. Authors understand this concept, but it isn’t always an easy idea to embrace, especially for those who are introverted or truly shy.

One suggestion I have for clients who resist being in the public eye is to consider the process of promoting as more of an experience of giving, rather than one of blatant self-promotion. If we authors can view promotional activities as opportunities to share our ideas, our beliefs, and our writing, then we are no longer self-promoting; we’re giving, in the truest sense of the word.

This ability to give can be difficult for some – in our culture, giving is often not easy. Many of us see ourselves as wanting or not having enough and, therefore, not in a position to give to others. But I believe that we always have something to offer others, and authors are especially blessed with much to share. We have our words, our books, our thoughts, our experiences as writers, and even our experiences as promoters, to provide to the world. And having so much to share is an indication of how lucky we are to not only write, but to give back to others -- in the form of stories and nonfiction writing -- our sense of what it means to experience life.

And the funny thing is that the more we give, the more we seem to have. There is something magical in the act of giving; true generosity can bring about great feelings of openness, along with the satisfaction that comes from witnessing the resulting happiness others feel as recipients of our gifts. And the more we share, the more others – readers – know about us, which benefits us in ways that are monetary, yes, but also personally fulfilling.

So, I recommend to any writer out there who cringes at the thought of doing book signings and blog tours, giving media interviews, or pursuing relationships via social networking, to think about it in a different way. If we approach the process of publicity as one where we are sharing our thoughts, our books, and, yes, ourselves, with others, we do so in the spirit of giving. And when we willingly share with others, we often find that the true benefactors of our generosity are ourselves.
Posted by Paula Margulies at 12:07 PM 4 comments: